Recently, the Cabinet Committee on Economic Affairs has approved the proposal of the Ministry of Earth Sciences (MoES) on the Deep Ocean Mission (DOM).

The blueprint of the DOM to explore the deep recesses of the ocean was unveiled in 2018. Earlier, MoES had also rolled out the draft Blue Economy Policy.

The mission proposes to explore the deep ocean like the space exploration started by ISRO about 35 years ago.

The focus of the mission will be on deep-sea mining, ocean climate change advisory services, underwater vehicles and underwater robotics-related technologies.

The cost of the Mission has been estimated at Rs. 4,077 crores over a five-year period and will be implemented in phases.

MoES will be the nodal ministry implementing this multi-institutional ambitious mission.

It will be a mission mode project to support the Blue Economy Initiatives of the Government of India.Blue Economy is the sustainable use of ocean resources for economic growth, improved livelihoods and jobs, and ocean ecosystem health.

The technology and expertise needed in such missions is now available with only five countries – US, Russia, France, Japan, and China.India will now be the sixth country to have it. 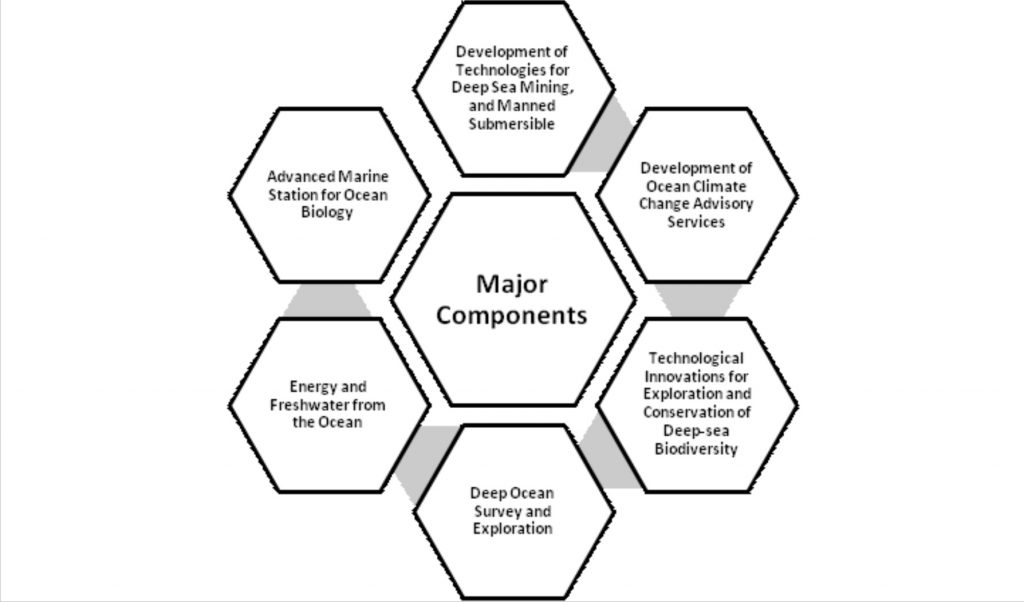 What is gold Hallmarking?

Which metals are covered under the scheme?

Which metals have been exempted from hallmarking?

What was the need of making Gold Hallmarking mandatory?

Density of Scientists and Engineers:

R&D by Government and Private Sector:

Corporatisation of OFB (Ordnance Factory Board):

Significance of Corporatization of OFBs: The restructuring of OFBs is aimed at achieving the following objectives: